Turning the Volume Down on Anxiety and OCD- About taking meds! 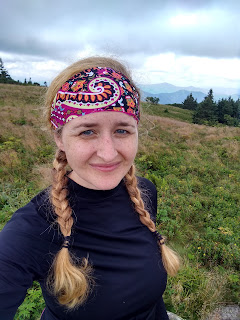 In 2014 I spent some time in the local psychiatric hospital, and then several weeks doing outpatient group therapy. There was a time when I NEVER would have thought I would be sharing that kind of information. For all the years before that life-changing time, I had so much shame about the things happening in my head, and I had fully absorbed our society's stigma surrounding mental health problems and treatment. Not anymore, baby. You're looking at a woman set free, talking to you from the other side, with no shame, and a passion to share my story so that others who are trapped might find freedom too.

Pre-2014 I never wanted to even consider meds. I had very, very reluctantly agreed to try Prozac when I was in college and going through a very hard time. Turns out I was allergic to Prozac, and that whole experience was enough for me to say "see ya!" to meds. Plus, having health anxiety, I was terrified that taking anything long term would eventually lead to cancer. You know how it is, you can type "hang nail" into google and it will come back saying hang nails are a symptom of cancer, and that using nail clippers long-term could lead to cancer.  However, Kirstie in 2014 had reached the very end of her rope and needed help badly that counseling, essential oils, and reading books on conquering anxiety couldn't deliver.  Something was going so wrong in my brain and body, so much worse than anything I had experienced before, that I finally agreed to try meds.

Zoloft did not work for me right away. In fact, it has a nasty side-effect (for a small percentage of people, me being one of them) that made me *more* depressed and anxious. It can even make some people suicidal, the exact extreme opposite of helping, right? This is why I really, really advocate seeing a psychiatrist instead of a family doctor. They know how to monitor this stuff. But these side-effects are one of the things that brought me to my knees and landed me in the hospital. It was incredibly scary. But fortunately, I am also one of those people that does adjust to Zoloft eventually... and, as I learned in the hospital, Ativan (a fast-acting anti-anxiety drug that should not be taken long-term) can help those side-effects tremendously while your body adjusts. So, getting ON meds was pretty much a horror show for me. But I am SO GLAD I DID!

Fast forward to about a month after my hospital release. I was starting to feel calmer. I was sleeping again. One day, I was out with my toddler in the neighborhood cul-de-sac and his bigger siblings were riding bikes and playing with other kids. Suddenly I noticed that things were quieter. Where were my other kids? No where to be seen. I walked around to the back of the house. Not there. The thought began to creep in, slithering into my brain, that maybe something bad had happened to them. The kind of thought that turns into a million scenarios involving kidnapping, pedophiles, accidental strangling, playing with loaded guns, marauding bears, you name it. The thoughts that send me into full-blown panic. Is that what happened? No. For the first time ever in my life, I said to myself, "It's pretty unlikely anything bad has happened to them. Let's hold off on worst-case scenarios and think of the more likely ones first." I went over and knocked on the next-door neighbors house, and sure enough, my kids had gone in to play with their kids and forgotten to tell me. Case closed. No panic attack. It started to dawn on me, "This.is.different. I like this! Wow! This is a MIRACLE!"

That's what meds do for me. They gave my rational mind a say in things. No longer does King Anxiety rule supreme on the throne of my brain. He still sits at the round table, say, but his voice is much softer, and sometimes he actually alerts me to real danger. Most of the time, though, he is more like the court jester, and I can laugh at him, saying "Wow, that is REALLY creative, Mr. A. And nuts. Moving on now!"

There are still areas I struggle. Meds don't solve all my problems. But they do give me a leg up:

-I can think logically about anxious thoughts

-Once I've made a logical decision about an anxious thought, and that it's not worth paying attention to, I can move on. It might come around again to remind me, but not every ten seconds, full volume.

-Since I can actually dismiss ridiculous anxious thoughts, I have brain space for other things.

-A more relaxed body means my severe digestive problems began to clear up.

-I can ENJOY life without constantly feeling that the next phone call is going to bring horrible news.

-Every new pain in my body is NOT a symptom of terminal cancer. I can act the way apparently normal people usually do- wait a few days or a week to see if it goes away before calling the doctor.

-Increased self-confidence about what I will and won't do. So even if a thought pops into my brain, a violent picture of me hurting myself or another person, I know what that is. It's OCD. It's NOT ME, and I know that who I am just wouldn't do that. OCD tends to present you with all kinds of mental fears and pictures that are diametrically opposite from your values- which is why they generate so much anxiety. The person whose worst fear is that their children are molested by a babysitter might be tortured by extremely vivid pictures of their self molesting children (and then compulsions, which are essentially strategies to atone for such thoughts or convince yourself that you'd never do them, kick in, but that's a whole nother post). Blasphemous thoughts and images used to torture me... and I love Jesus with all my heart and soul. Makes total sense now why I would have that variety of OCD thought!

Best of all, having a quieter, less terrified brain, means I can enjoy a new level of confidence in my relationship with God. I can hear His voice so much better without all that fear bouncing around, making so much noise. I can pray without every prayer being a plea for preservation from the latest possible destiny OCD has concocted for me. I can sit and bask in His love. I can read Scripture more thoughtfully and logically instead of through a lens of fearfulness (which leads to all kinds of mis-reading of Scripture, let me tell you). I could write a book on the ways that my whole crisis and healing through meds has impacted my spiritual life positively.