Welcome to the Hopping Wren, and KirstieMacLeod.net

Many of you know me as a writer under my real, very Germanic name. However, in this age where the cave trolls have come out of their lairs deep under the mountains to wreak havoc on civilization, I've decided to have a modicum of caution and wrap the protective tartan of the MacLeods of Harris around me once again. It used to be believed that the blood of the MacLeods of Harris actually did run in our family veins, and Kirstie MacLeod became a very handy stage name for my Scottish fiddling activities. It has since been proved rather doubtful, unfortunately, that we have any relation to those lovely folk of the Outer Hebrides, and our Scottish ancestors come from somewhere around Aberdeen. Still, I have a strong affection for clan MacLeod, and I hope they will not mind if I continue to hide among them.
Have you ever seen a Carolina Wren? They are the silliest and funniest of little birds, and you'd never believe those absurdly loud scolding sounds in the bushes could be coming from such a tiny fellow. You've certainly heard them if you've ever been in the southeastern woods of the United States. They sing beautiful teakettle-teakettle-teakettle songs all day to let other wrens know that that is their patch of forest and they are prepared to defend it. They will build a nest on your head, if you let them, but probably won't finish it because they'll find somewhere better in five minutes, leaving a messy pile of grass and pine needles in your hair. If you sit outside and play audio files of Carolina Wrens singing and scolding, they'll be flitting and hopping around you in a moment, searching to find that vile scum that has invaded their territory. They are fearless and stubborn and immensely amusing.

I hope that between MacLeods and Hopping Wrens you will be pulled in and come back to see what adventures we are having next and what things I am thinking about. I spend too much time in my own head, which frustrates my husband and children greatly when they are trying to get my attention. I also have OCD- yes, really, the real kind, not a joke- which means I get fixated on thoughts and they zoom around and around in my head very annoyingly until I find some way to get my brain to let them go. Writing helps.

So I expect it will be something different every time you come back. Probably a lot of Jesus. I can't help it, He's my favorite, and He's always on my mind. Other than that- it could be ChemistryPoliticsNaturejournalingHomeschoolingMusicTravelingJusticeLoveHistoryCrowsDepressionTeaHikingAstronomyForestEcologyFiddlingScotlandCookingNepalTeaArtPigsBooksEverythingYouCanThinkOf. There. That sums it up nicely. 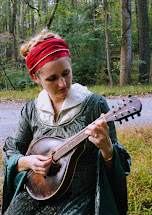